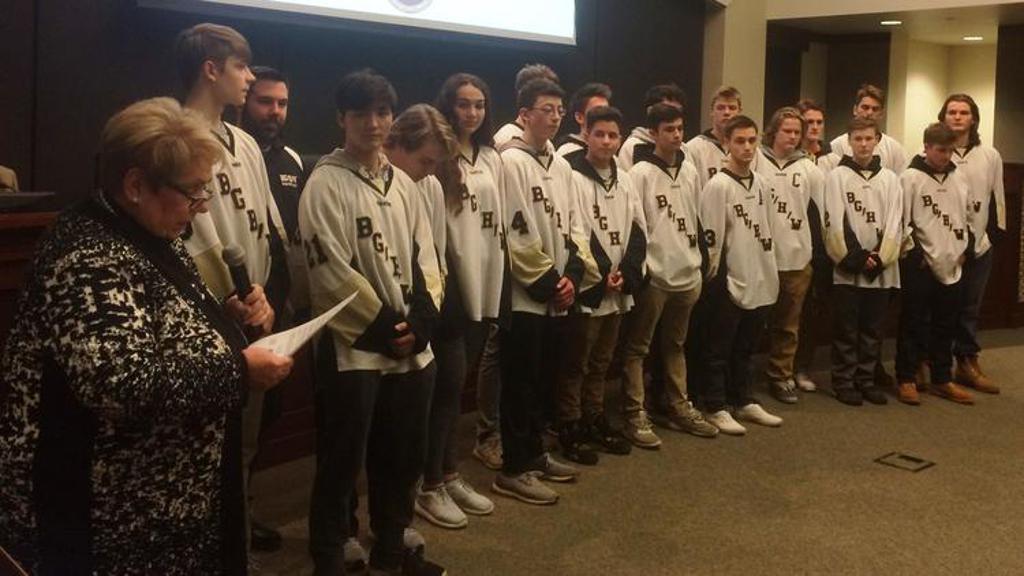 After winning a state championship in hockey for the second time in three years, student athletes from Buffalo Grove, Hersey and Wheeling high schools recently took another victory lap.

Officials from Arlington Heights decided to honor the students who are a part of the Stampede Hockey team for their latest accomplishment during a village board meeting April 16, handing the team a special proclamation.

The Stampede finished 46-15-4 for the season, including a record of 27-4-2 in the conference, and topped the season off as the 2018 Illinois Blackhawks Cup Combined Division State Champions, officials said.

Of the 50 members on the team, 30 students are from Arlington Heights, officials said.

“They’re not only great hockey players, but they donate a lot of time to community service,” said Stampede Coach Chris Waters. “They’re not only successful on the ice, but really good kids off the ice.”